Skip to main content
To provide you with the best experience, Cambria Hotel Chicago Loop/Theatre District uses its own and third-party cookies on its website for technical, analytical and marketing purposes. By continuing to browse our site, you're agreeing to our use of cookies. Please consult our Cookie Notice for more information. 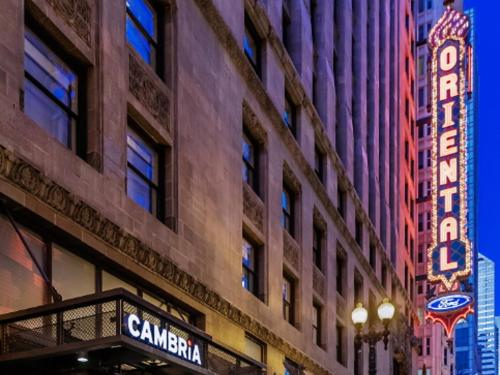 Enter a magical world of Asian-inspired décor and lavish stage productions located just steps from our Chicago hotel. The James M Nederlander Theatre is a historic landmark that was once home to performances from iconic comedians, actors and musicians, including the Three Stooges, Judy Garland and Duke Ellington. Today, the awe-inspiring auditorium is a definitive must-see if you’re looking to visit one of the very best Chicago Broadway theaters.

First opened in 1926 as an ornate vaudeville and movie palace, the theater was vital to Chicago’s downtown entertainment district well into the 1960s. A sharp decline in visitors through the 1970s, led to the theater’s eventual closing until the building was restored and reopened again in 1998. Many notable productions have been featured on its stage since its reemergence, including the Broadway smash Wicked, the pre-Broadway run of The Addams Family, and the 20th Anniversary Tour of Rent.

For visitors who want to take in the rich history of the Windy City, there’s no better place to start than the James M Nederlander Theatre. Chicago’s more popular restaurants, shopping and attractions are all within walking distance to the theatre, making this breathtaking entertainment venue a big hit with guests from around the world.

The Cadillac Palace Theatre in Chicago is a great way to experience the vibrant culture and history of Chi-Town. Located in the downtown theatre district, this stunning architectural landmark opened its doors in 1926 as a flagship venue for vaudeville’s thriving Orpheum Circuit. Legendary performers such as Mae West, Jack Benny and Bob Hope were believed to have entertained thousands of visitors at the theatre until 1931. At that time, the vaudeville scene started to decline, and the theatre was transformed into a movie palace, combining short feature films with live performances.

Since then, the theatre has undergone many evolutions as a banquet hall, Cinerama theatre and rock venue. The Cadillac Palace was last renovated and reopened in 1999, and countless Broadway productions have been brought in since, reviving many of the Chicago theatres throughout the city. Recent pre-Broadway productions and national tours featured at the Cadillac Palace Theatre include Mamma Mia!, The Color Purple and Disney’s Aladdin. 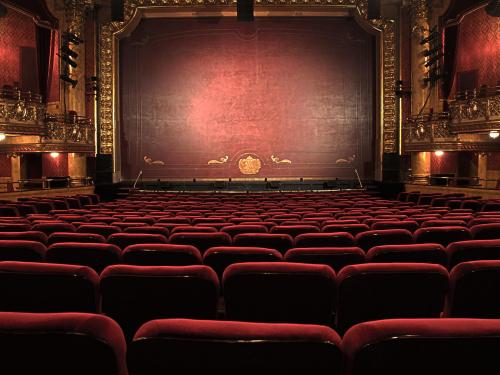 For Broadway musical enthusiasts, the CIBC Theatre in Chicago should be at the top of your bucket list. Hamilton, Cabaret, Chicago-The Musical and Jersey Boys are just a few of the more recent major productions to have crossed its stage with tickets available for purchase throughout the year.

The theatre opened its doors on New Year’s Day in 1906 inside the Majestic Building. When it was first built, the Majestic was the tallest building in the entire city, making the theatre a popular destination to visit as well as the best theatre in Chicago to catch the latest vaudeville acts. Despite being praised as the first theatre in Chicago to cost over one million dollars, the venue was forced to close its doors during the Great Depression. Once its doors reopened in 1945, the stage became home to a variety of classic musicals and plays, including The King and I, My Fair Lady and Guys and Dolls.

Originally designed to attract a more elegant audience to the theatre, the CIBC was given a luxurious flair with illustrious red fabrics, plush seating and ornate gold decorations. The striking style you see today became the inspiration for many of the Chicago theatres that would follow in its footsteps, including the James M Nederlander Theatre and the Cadillac Palace Theatre, both located nearby in Chicago’s downtown theatre district.